Chef Darius Williams opened Soul Crab over the weekend, and the lines were lengthy

Soul Crab, owned by chef Darius Williams of Greens and Gravy in Westview, is open on Main Street in College Park. The seafood-centric, soul food restaurant took over the space once occupied by Radial Cafe, which closed in June.

Apparently, the opening last weekend saw long lines wrapped around the corner, prompting Williams to take to Facebook to apologize (a couple of times) for the “kinks” Soul Crab still needs to work out. Williams, who seems genuinely surprised in the latest video by even being “swamped” during Soul Crab’s debut, thanks people for their support, before launching into the apology. He and his staff are “committed to getting it right and making it perfect.”

Commenters mostly assured Williams that despite the long wait times, food not always arriving, and general “hiccups,” they would be back, and understood this was the first weekend. One commenter even gave a shout out to their server, calling him “so apologetic and sweet,” while another told Williams, “Everything’s going to be alright.”

Take a look at the menu for Soul Crab: 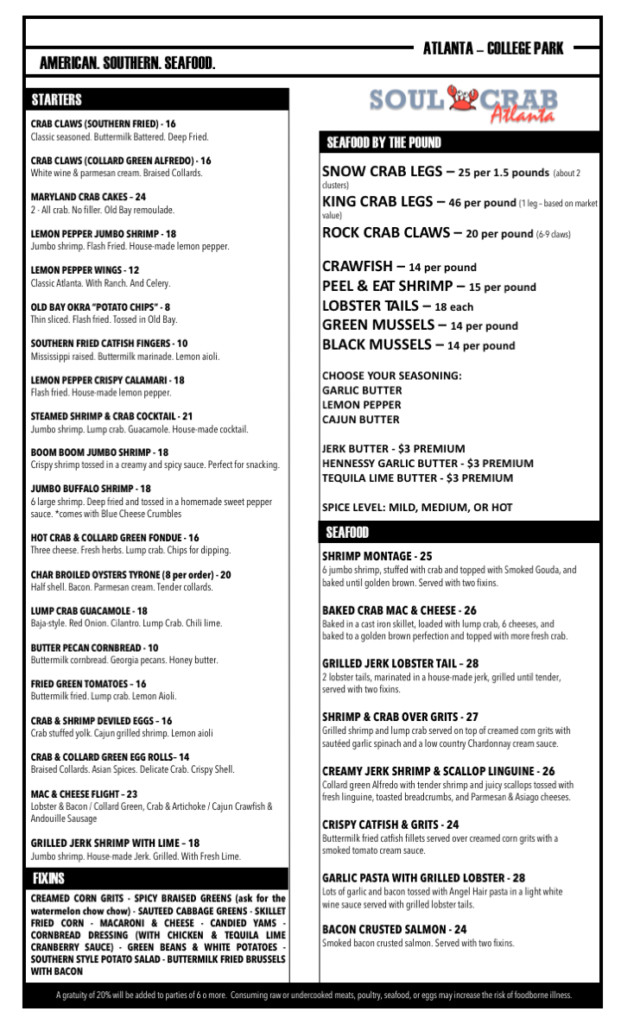 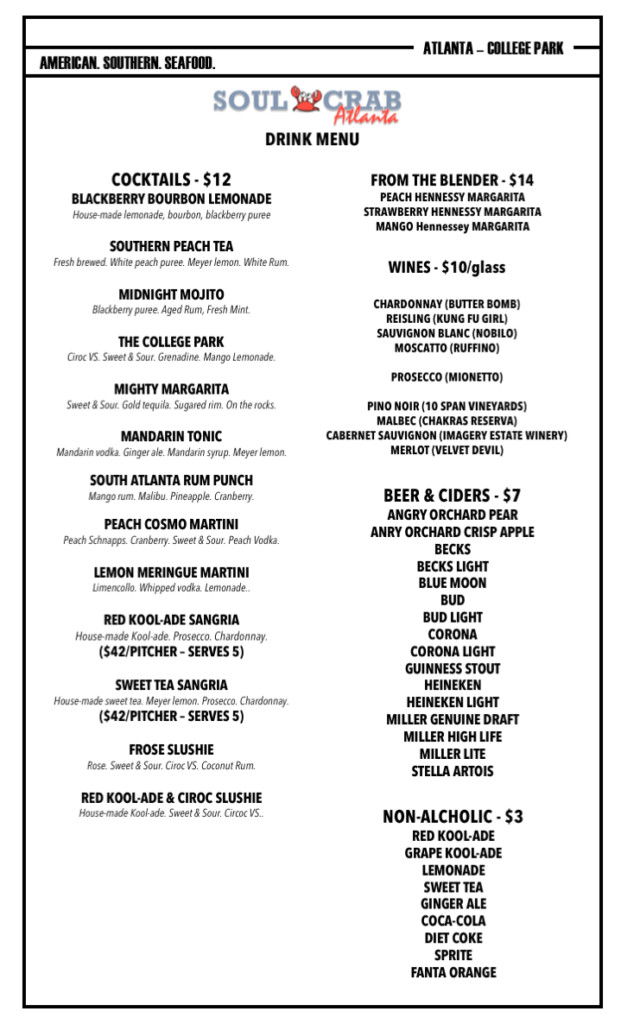 Williams, a cookbook author and YouTube chef, opened his first restaurant, Greens and Gravy in May 2017. It serves updated takes on soul food dishes such as crab cake deviled eggs and collard green lasagna.